Each of the S&P 500, Dow and Nasdaq extended advances into afternoon trading, with each major index closing higher by more than 1%. The S&P 500’s gain of 1.7% was its best in three weeks, and the index ended with a weekly gain of about 1%. Shares of big bank stocks increased after the Federal Reserve announced that most banks will be allowed to resume increasing their dividends and shares repurchases after June 30, ending a year of pandemic-related restrictions.

U.S. crude oil prices rose after dropping by more than 4% on Thursday as additional virus-related lockdowns in Europe and Asia raised demand concerns, outweighing supply issues due to an ongoing blockage of the Suez Canal. Treasury yields rose, and the benchmark 10-year yield increased to about 1.67%.

The past couple weeks have been marked by choppy equity trading, especially heading into some of the final sessions of the first quarter. But overall, the cyclical energy, financials and industrials sectors – or the biggest underperformers of 2020 – have outperformed strongly for the year-to-date, while last year’s leading technology companies have lagged. Signs of improving economic growth have trickled in, with Thursday’s bigger-than-expected drop in new unemployment claims to a pandemic-era low among the latest positive reports.

“We have seen that value has outperformed growth when actual GDP has been above [the] long term average,” Lori Calvasina, RBC Capital Markets head of equity strategy, wrote in a recent note. “In other words, growth stocks tend to outperform when growth is scarce, but value tends to outperform when it is plentiful. The good news for the value trade is that current consensus forecasts expect GDP to remain above trend through the end of 2022. The thing to monitor is whether that changes.”

A prevailing concern for many investors, however, has in fact been centered on the pace of economic expansion, and whether the stimulus-aided post-pandemic recovery might barrel forward even more vigorously than expected and stir up rapid inflation. For February, at least, core personal consumption expenditures – the Fed’s preferred inflation gauge – rose just 1.5%, coming in well below the central bank’s 2% target. 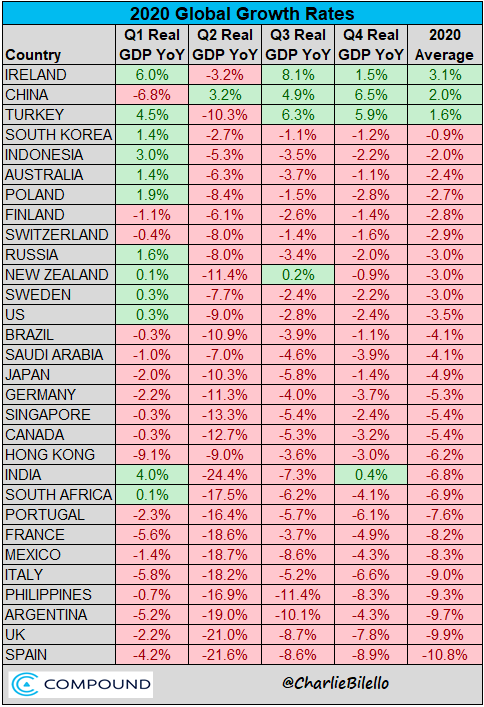