Developed by Alan Andrews, Andrews’ Pitchfork is a trend channel tool consisting of three lines. There is a median trend line in the center with two parallel equidistant trend lines on either side. These lines are drawn by selecting three points, usually based on reaction highs or lows moving from left to right on the chart. As with normal trend lines and channels, the outside trend lines mark potential support and resistance areas. A trend remains in place as long as the Pitchfork channel holds. Reversals occur when prices break out of a Pitchfork channel.

Chart 2 shows a downward sloping Andrews’ Pitchfork with Accenture (ACN). The blue median line starts at point 1 and bisects the line between points 2 and 3. The outside trend lines are parallel and equidistant from the median line. For slope reference, the red Pitchfork uses the August low as point 1, which makes the median line steeper.

Sometimes the median line needs adjusting to establish a realistic slope. Pitchforks that are too steep will be easily broken. Pitchforks that are too flat will not capture the trend. Chart 3 shows Electronic Arts (ERTS) with Andrews’ Pitchfork extending up from the late January low. Ideally, point 1 would be based on the low for the move. Points 2 and 3 would mark the first reaction high and first reaction low after point 1. However, a median line based on the late January low coincides with support in March (green arrows) and resistance in July. More importantly, it creates a channel that contains price action for many months. Notice that ERTS became overbought when prices moved above the upper trend line of the Pitchfork. The trend fully reversed with the break below the lower trend line.

Chart 6 shows CSX Corp (CSX) with a pair of corrections identified by Andrews’ Pitchfork. Notice that both corrections formed after sharp advances. For the first correction, it was possible to draw Andrews’ Pitchfork after the early July high. Notice that prices did not break the median line in late July. Also notice that prices held above the median line in August. This showed strength that led to a breakout in September. It was possible to draw the second correction after the early December high. Prices did move below the median line, but soon recovered and CSX broke resistance with a surge in January.

The steepness of the Pitchfork channel depends on the placement of the three drawing points, in particular point 1, which is the start of the median line. Even though point one usually starts with a reaction high or low, it is sometimes necessary to adjust point 1 to insure a realistic price channel. Unfortunately, there are no hard rules for point placement. Instead, chartists must use judgment and experience when drawing channels. This is where the subjective nature of technical analysis comes into play. As with most aspects of technical analysis, it is important to build experience by experimenting with Andrews’ Pitchfork. See what works and what does not work first hand. This is the only real way to master an indicator.

To learn more about how to add this annotation to your charts, check out our Support Center article onChartNotes’ Line Study Tools.
**** 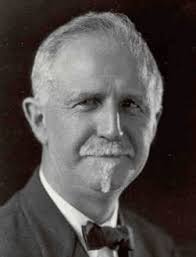 Magazine: Support & Resistance with Andrews Pitchfork. This is an article by Barbara Star, Ph.D that appeared in Stocks & Commodities magazine. It can be found in Volume 13 (1995).